The chairmen of the California Brain Tumor Association, Ellen Marks has requested that the FCC postpone all action on the new ‘’5G’’ wireless technology until there is pre-market safety testing. In the past Ellen Marks has published a list of more than 300 high profile victims of brain cancer. She compiled the report after her husband survived a brain tumor in 2008. Prior to this he had been ‘’wedded” to his mobile phone for over 20 years. 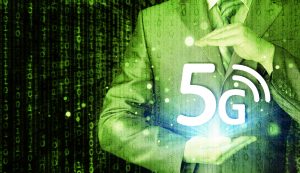 5G Technology will be rolled out across the USA and Australia.

The victims that Ellen traced back were professionals at what they did or were prominent in their field and included the likes of Ted Kennedy, Johnnie Cochran and Yves St. Laurent.

On Ellen’s list were thirty victims in their 40’s; 81 in their 50’s and 86 in their 60’s. “So many people should not be dying so young of a disease that previously was so rare”, Ellen contends.

In September Telstra and Ericsson began 5G testing in Australia with with deployment expected by 2020.

I respectfully implore upon you to vote no Thursday on the rollout of 5G wireless technology until there is pre-market safety testing of this technology.

Cellular phones were never pre-market safety tested. We are now witnessing the serious ramifications of that negligence. Now, years later, after daily exposure to nearly every American, independent testing and testing by the United States National Toxicology Program have shown that 2G wireless technology causes brain tumors and tumors in the nerves of the heart (Schwanomas).

There is no longer a “flat line” in brain tumors. Lethal brain tumors have increased in the area of the brain which is closest to where the phone is held. I personally know many who died at young ages “more likely than not” from their cell phone use or are now dying from this exposure. I also know many who suffer from Electro-hypersensitivity (EHS) from exposure to wireless radiation. It is time to recognize this and take it seriously.

For CDMA and GSM (both 2G) we have testing showing negative health ramifications. A Hardell study in 2013 shows greater harm with UMTS (3G).Yet we have no studies on LTE (4G) or 5G. This affects every human being and will be a flagrant abuse of your power if this is allowed without testing prior to a rollout. WiFi is everywhere – in homes, schools, businesses, city parks, etc. These frequencies resonate with our biological processes and are amplified within us.

The US NTP study has validated the 2 studies IARC used in classifying radiofrequency electromagnetic fields a possible human carcinogen. There is talk now that this may be changed to a probable or certain classification. Thus it is shocking that you would even consider this 5G rollout.