You are here: Home » Kids Health and Cell Phone Radiation

According to a 2010 US government survey,1 1 in 10 American children now has attention deficit hyperactivity disorder (ADHD)—a 22 percent increase from 2003.

ADHD makes it hard for children to pay attention and control impulsive behavior, and an increasing number of older children, including high school students, are now being labeled as having ADHD. Adult ADHD is also becoming more prevalent.

If you’re pregnant, there is compelling evidence that you should use extreme caution when using a cell phone, and at least take care to keep it as far away from your developing baby as possible.

The latest animal study suggests that the increasingly prevalent neurobehavioral disorders in children — conditions like attention deficit hyperactivity disorder (ADHD) — may be related to exposure to radiofrequency radiation from cell phones while in utero.i

Researchers from the Yale School of Medicine positioned a cell phone above a cage of pregnant mice. The phone was transmitting an uninterrupted active call for the entire 17 days of gestation.

When the offspring were later tested, they showed signs of ADHD, including reduced transmissions in the prefrontal cortex of the brain. As researchers noted:

“The prefrontal cortex (PFC) is responsible for executive functions by screening distractions and maintaining attention in goal-oriented behaviors. Impairment of the PFC leads to dysregulated behavior/emotion such as ADHD.”

“Mice exposed [to cell phone radiation] during pregnancy had impaired memory, were hyperactive, and had decreased anxiety, indicating that in-utero exposure to radiofrequency is a potential cause of neurobehavioral disorders. …The exposure to cellular telephones in pregnancy may have a comparable effect on the fetus and similar implications for society as do exposures to other common neurodevelopmental toxicants.”

It’s widely known that children, due to their thinner skulls, smaller brains, softer brain tissue and far more rapidly dividing cells, are even more susceptible to damage from cell phone use than adults, which suggests that babies in the womb, who are perhaps the most vulnerable population of all, may be at similar or greater at risk. The researchers expand:

“During critical windows in neurogenesis the brain is susceptible to numerous environmental insults; common medically relevant exposures include ionizing radiation, alcohol, tobacco, drugs and stress. The effects of these agents are dependent on dose and timing of exposure. Even small exposures during periods of neurogenesis have a more profound effect than exposure as an adult …environmental exposures occurring in fetal life can lead to persistent neurological deficits.” 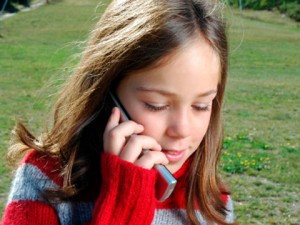 Rates of autism, a disabling neurodevelopmental disorder, have increased nearly 60-fold since the late 1970s, with the most significant increases occurring in the past decade.

The cause of autism is unknown, although theories include such potential causes as:

Now a groundbreaking new theory has been suggested by a study published in the Journal of the Australasian College of Nutritional & Environmental Medicine: electromagnetic radiation (EMR) from cell phones, cell towers, Wi-Fi devices and other similar wireless technologies as an accelerating factor in autism.

EMR May be the Missing Link

The study, which involved over five years of research on children with autism and other membrane sensitivity disorders, found that EMR negatively affects cell membranes, and allows heavy metal toxins, which are associated with autism, to build up in your body.

Meanwhile, the researchers pointed out that autism rates have increased concurrently along with the proliferation of cell phones and wireless use.

Speaking in reference to the huge rise in autism rates, the study’s co-author, said, “A rise of this magnitude must have a major environmental cause. Our data offer a reasonable mechanistic explanation for a connection between autism and wireless technology.”

They also suggest that EMR from wireless devices works in conjunction with environmental and genetic factors to cause autism.