You are here: Home » Did You Know?

Mobile phones operate using low powered microwave radiation. This is the same type of radiation that is used in a microwave oven.

Up to 60% of your mobile phone’s radiation is absorbed into your head.

In the USA fine print warnings from Apple, Samsung, and Blackberry advise that mobile phones should not be positioned directly next to the head or body.

Malignant glioma brain tumours (associated with mobile phone use) kill 75% of victims within 2 years and leave no long term survivors.

Australian researchers are predicting a frightening exponential increase in brain tumours as a result of long term mobile phone use.

Wired headsets often work like an aerial. 300% more radiation may be channeled directly into the inner ear canal when using a regular headset.

Government agencies and international health authorities in many countries have issued public safety advice and are developing legislation to protect children.

When your reception is poor your phone increases its radiation output to compensate and improve reception.
To get reception, phones far away from base stations (such as in rural areas) transmit much higher levels of radiation. A study found that rural mobile phone users have eight times higher tumour rates.
The worlds largest study on brain tumours and mobile phone use found that tumours were more frequently found on the same side of the head as the side of mobile phone use.

The largest every study conducted by the US Government National Toxicology Program found that phone radiation causes brain and other cancer in animals. These cancers were the same type found in the world’s largest human study.

“There is no doubt in my mind that chronic mobile use increases the risk of brain cancer, and other cancers too. Mobile phones damage sperm and animals that are exposed during pregnancy have offspring with smaller brains, smaller testes and hyperactivity.” Dr Devra Davis – Environmental Health Trust

Using predictive modelling and accounting for a 30 year delay in cancer development some researchers have predicted a brain tumour pandemic starting in 15 years time.
Research has projected a twenty five fold increase in brain tumours commencing in fifteen years time!
Mobile phone technology has not undergone any long term product testing
The accumulative effect of multiple sources of wireless radiation is still not yet known but early scientific evidence is increasingly pointing to it being harmful to the health. 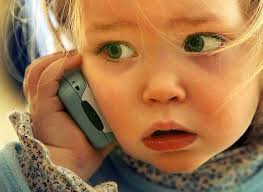 Children are far more likely to be vulnerable to mobile phone radiation because their sculls and bodies are not yet fully formed. Studies have shown that they absorb more radiation than adults when using mobile phones.
Australian radiations standards are dated and are based on thermal measurements not biological ones. This means standards protect your head, eyes and brain from heating up too much but offer no protection from other health side effects.
Extensive testing around the world by credible scientists and research bodies show that health hazards are very real and very measureable but are not accounted for in governments standards.
The Australian government standards are based on the WHO guidelines but those standards were written by people with telecommunications industry qualifications and interests rather than biomedical ones. Surely this is a dangerous conflict of interest.

Countries make huge amounts of money from the sale and construction of phone masts and Britain and the government alone makes 22 billion pounds from the sale of permits for new phone masts.
Telecommunications companies are only second to oil co as the richest corporations on the planet.
If phone companies were to acknowledge that their products may cause harm this would open them up to multimillion dollar lawsuits and could collapse the entire industry.
In Israel the law requires all new cellphones and cellphone advertisements to include “Warning – the Health Ministry cautions that heavy use and carrying the device next to the body may increase the risk of cancer, especially among children.”
Brain cancer is the biggest killer cancer in Australian adults between 0 and 39 years of age.
World renown Neuro-Surgeon Dr Charlie Teo is outspoken about what he sees as a clear link between cellphone use and increased tumour findings around the ear & cheek area.